Australia should look to Finland for better education reform

Politicians and policy makers often like to talk about Australia’s so called egalitarianism - the land of a fair go - but any attempt at it has well and truly been abandoned. It’s not merely that the gap between rich and poor has been steadily increasing since the 1980s and Bob Hawke’s reforms to favour the rich but, more importantly, any pretence of it has also been abandoned in education.

Without an egalitarian education that gives everyone the same fair go Australia is doomed to be an unequal and unjust country. It stands to reason, as it’s already starting to happen, that two Australia’s will emerge, one with those who can buy a ‘good’ education in prohibitively expensive private schools and, the other, with an increasingly under funded, under resourced and discredited public education. 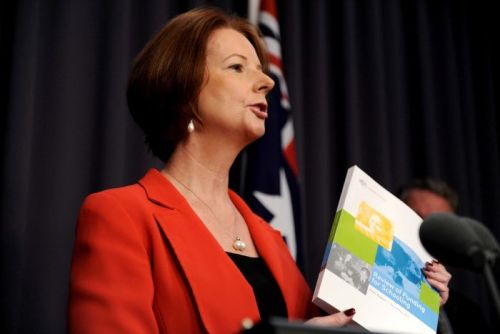 The recommendations of the Gonski review are an attempt at correcting that in terms of funding, which of course has flow down effects into resources, integrations aides, etc. Labor’s response to the Gonski review is limited and doesn’t go as far as the actual recommendations, but it’s a step in the right direction. The Coalition’s response, exemplified by Tony Abbott’s statement yesterday that the funding model is fine and doesn’t need to be changed - maybe, just tweaked a tiny tiny little bit - is of serious concern.

Regardless of what happens with the Gonski reforms, I believe that an even bigger education reform is needed. Funding is only one factor and not the most important one. Neither is teachers’ pay (and I say that as a teacher that I am). Teachers in Finland for instance, receive a smaller salary than their Australian counterparts but they’re highly respected in their society. In my view it’s not money that will improve Australian education (although it can be one contributing factor and the inequality of public and private schools needs to be tackled); if we are to improve our outcomes the way education is viewed in Australian society and government needs to be tackled.

Internationally, two education models seem to be at the top in the last decade or more, to models that are complete opposites but are getting outstanding results in comparison to Australia. The first model belongs to a number of Asian countries, the other is is exemplified by Finland.

The Asian model is built on high intensity. Students study all day (from 9am to 10pm), with long hours at school plus private school/tutoring after school proper. Add homework to that and you have students who have no social life as such and are constantly devoted to their education. In this model students are constantly tested. Tests are everything and every test is a gamble. An example of this model is South Korea.

In contrast, Finland gets similar results with a low intensity approach that focuses on the students’ learning as well as their quality of life. Finnish students spend less time in school than in any other developed country, they hardly do any homework, they have longer breaks and recess times and only have one standardised test right at the very end of their secondary education (like their VCE graduation tests).

Finland is not only right at the top in education outcomes (which is important enough) but it does so balancing learning achievements with quality of life. So, instead of looking at the UK or the USA, with their poor outcomes or to Asian countries with their high intensity education that robs students of any quality of life, as Australian policy makers tend to do, why can’t we look at Finland?

Policy makers in Finland understood long ago that if you want to diminish social ills and create a fair and just society where everyone has the same opportunities you must provide quality public education. In Finland 98% of the schools are public. As unthinkable as it may seem, that means that the child of a Nokia executive goes to the same school as the child of a struggling family.

Finnish educators pride themselves of the standard of their schools, in fact parents have no reason to request going to one school over another as all schools provide the same reliable quality. They provide everything a student needs for their education, no hidden costs, no additional costs, thanks to taxpayers and the government. For example, all students eat at the school canteen where food is provided for free. All textbooks are provided by the school. Excursions are inclusive and so on.

Schools are well resourced with quality teachers that are highly respected. Teachers have a far smaller teaching load. Classrooms always have 20 kids or less and if one of the students requires further support (due to disability or learning difficulties) there’s always a teaching aide or the student numbers in the classroom are further reduced. And, how’s this for accountability, since they’re public schools, paid for by taxpayers, parents are welcome at school at any time. They can sit and watch teachers doing their job.

Additionally, it is practising teachers who advise public policy on education - after all they’re the ones who know what it’s like in the classroom. Instead, education policy in Australia is cooked up by people who have no practical knowledge of teaching (they’re not practising teachers) and are, almost always, ideologically driven. That’s, for example, what Tony Abbott has announced will happen if he gets elected scrapping the Gonski reforms (after a thorough and intense inquiry, including thousands of submissions) and instead doing what he and his economic advisors think is right. 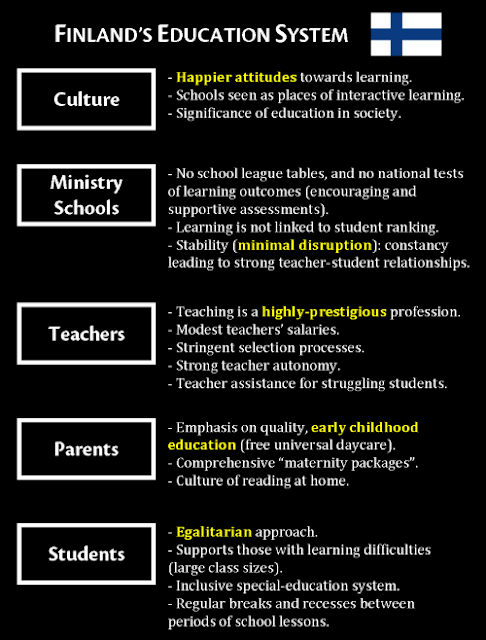 When will politicians and policy makers understand that schools are not a profit making business? The business of school is education; developing independent critical thinkers, creative minds, and active citizens. It’s an investment for the future.

If I’m allowed to generalise, teachers choose to teach for one of two reasons or both at the same time; a) because they want to contribute to society in a positive way; b) because they believe in the power of education to give everyone their best chance in life.

Quality public schools could make society fairer and push Australia to a brighter future. In Finland, they have no natural resources so they decided to invest in the greatest resource of all, the human brain. Now, it’s a highly successful country of well educated, forward thinking, intelligent people with highly productive and modern industry.

Perhaps, there’s a lesson to learn there. Finnish teachers complete more years of study than the Australian counterparts and perhaps that’s something that should be looked at here, but the government does also support teachers and schools unreservedly. How can we expect quality education when all the policies presented by successive governments (both Labor and the Coalition) tear the fabric of collegiality, divide teachers and discredit public education?

As reported by The Age last September, an OECD report found “68.6 per cent of public expenditure on schooling in Australia in 2009 went to the state system, compared with 99.2 per cent in the US, 88.1 per cent in Finland and 85.2 per cent in [South] Korea. The average was 85.8 per cent.”

If what Australian policy makers want are two Australia’s, one with well resourced but highly unaffordable education and the other with poorly resourced, basic and struggling public education for those who can’t afford private schools; then we’re heading in the right direction.

However, if we want quality public education that gives everyone a fair chance to develop to their full potential; if we want a fairer and egalitarian society; then we better start changing course. It’s only the future prosperity of this country and the generations to come that’s at stake. After all, the more unequal a society is, the more social problems there are. The fairer and more equal it is in giving people opportunities to flourish, the more stable and prosperous it is.
As a teacher with public school vocation I hope parents realise the dilemma and take a stand. The choice here is simple, do we want reform to give everyone a fair go or do we want to keep segregating our children’s education, with well resourced, highly expensive private schools on one side, and struggling, tokenistic public education on the other?