"The Language and the Country" is a "bertso" (verse) from Xalbador a "bertsolari" (verse singer) from the French side of the Basque Country. The bertsolaris are given set poetry forms (including rhythm and length), and a theme, and they have to improvise and sing the verses on the spot. It is a difficult art with a long tradition in the Basque Country. Bertsolaris are in high demand in public festivals. 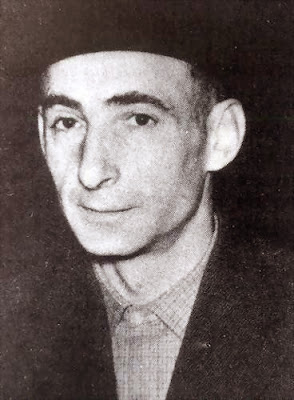 Bertsos are not poems in the strict sense. They are improvised and they are simpler and more direct than poems, but I thought I should translate some bertsos in this section too as they are an important part of the Basque culture.

A few days ago, I was in a tavern
I witnessed two men having a heated argument
Both seemed to be good Basques
But they didn’t seem to understand each other
I listened to them with sadness

I didn’t understand very well what one
Of them was saying, he was speaking in a foreign language.
He said he cared for our country
And that, though, now under the rule of others, we should be free
“Long live to the Basque Country” he said in French

Then the other spoke in perfect Basque
“Our language can’t be lost
It’s what makes us different
Because in everything else
We became French long time ago!”

Those two men, were like a tree
But one was the trunk, the other the leaves
And I don’t like that strange sight
Because though I’ve always lived in the mountains
I’ve never seen an oak with beech leaves

By arguing, the two break the unity
I want to get together what was dispersed
Our language, and our country
Because they’re part of the same reality

Brothers, sisters, listen to me
You can’t create a human being just with a skeleton
The land is the heart, the language the soul
If you separate them, you kill what’s alive

This bertsos were turned to song by Mikel Laboa. See the video below...