The problem of translating high fantasy into meaningful films

When it comes to fantasy, in my mind only two writers have created a body of work that is consistent, inspiring and, most importantly, meaningful. Whilst, there are a lot of fantasy writers that I admire and enjoy reading (Guy Gavriel Kay and Patrick Rothfuss to cite two examples), only these two have created books that really exploit the power of fantasy to create stories that relate more profoundly and explore with more depth human concerns and human nature. One of them is J.R.R. Tolkien and the other is Ursula K. LeGuin.

Now that the first episode of Peter Jackson's The Hobbit is out, a lot of people have been asking me about the movie. What do I think of it and how does it compare to the book. It's difficult to answer that because the book and the movie are vastly different. It's not just that literature and film are two completely different mediums, I understand that. What works in a book may not necessarily work in a film. The problem is not that, but that Peter Jackson, like others who have tried to adapt Tolkien's and LeGuin's works, has completely misunderstood the heart of their writing. 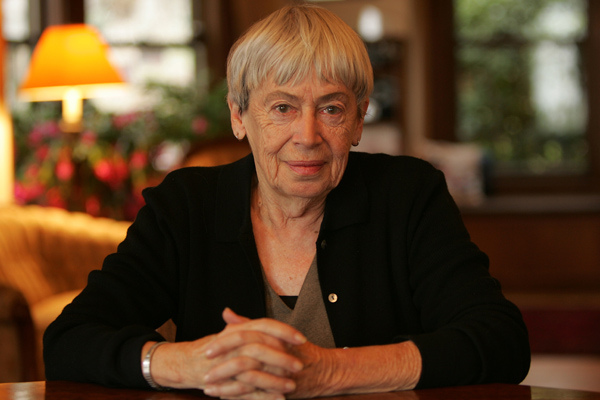 In a 2006 interview LeGuin was asked about the LOTR movies. She begins by stating:

I think the script written for the Peter Jackson film was in many ways quite marvelous. And I think a film-maker must absolutely be allowed all kinds of liberties in turning a novel into a film. They are such different forms!

As I said above, I agree with her. But this is where it gets interesting...

What I found unsatisfactory in the film was its increasing obsession with scenes of war and battle; and most of all, its failure to catch any hint of what I think may be the secret of Tolkien's narrative magic: the constant and powerful alternation of tension and relaxation, war and peace, the public and the domestic, fear and reassurance, light and dark... His book has the pace of a heartbeat; of a person walking; of day and night succeeding each other... That is why people reading it "live in the book" — it has the rhythm of life. — Film, of course, is a kind of drama, and must be more concentrated, faster in its pacing; but the film goes too far that direction. It is all action, little thought; all noise, no stillness; all Yang, no Yin. And therefore, though beautiful and entertaining, it is profoundly untrue to Tolkien's story.

A prime example of this is the very climax of the LOTR. In the book, the ring speaks to Gollum at one point and warns him that if he tries to take the ring again he will be thrown into the fire. During the climax, Gollum takes the ring and consequently falls. He was warned and he took the ring. His doom is of his own making. In contrast, in the movie, Frodo fights for the ring with Gollum and pushes him into the fire. In the book Gollum and his inability to give up the ring are to blame for the fall whilst Frodo manages to finally release himself from the power of the ring. In the movie, Frodo succumbs to the power of the ring until the very end. It seems to me that Peter Jackson chose to betray the essence of the book and the meaning/philosophy behind it, for something more visual; instead of subtlety and meaning, we get action. Unfortunately The Hobbit goes even further in this direction. Peter Jackson uses every possible opportunity to create action, meaningless action, that leads nowhere. 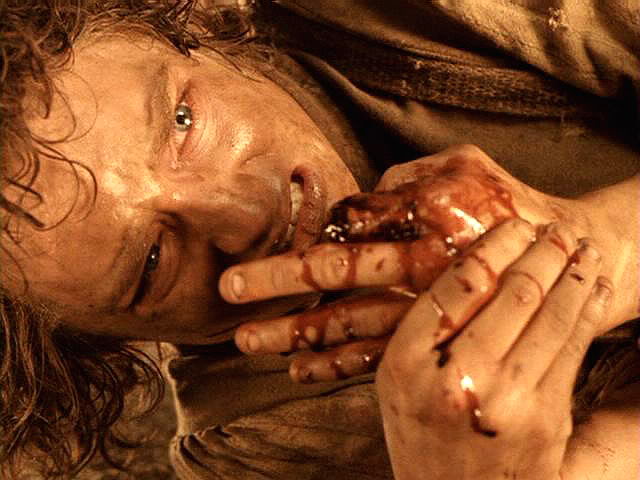 LeGuin, who has been incredibly unlucky with screen adaptations of her work, knows very well the pain of seeing the nature of her creations changed to something that only barely resembles what was written. Speaking about fantasy  during a book expo in 2004 she said that

careless reading of genuine fantasy will not only miss nuance, it will miss the whole nature and quality of the work.


This is what’s happened over and over to The Lord of the Rings — even in the film version, where, though Tolkien’s plot is followed faithfully and the Ring is destroyed, the focus on violent action and the interminable battle scenes overshadow, and perhaps fatally reduce, the moral complexity and originality of the book, the mystery at its heart.

We'll never know what J.R.R. Tolkien would think of the movies but if the letter to Mr Zimmerman, the writer of a script that never came to fruition, is anything to go by, he would have a lot of sharp things to say. Tolkien's son, who was born, grew and has lived in Middle Earth all of his life has, quite understandably, refused to see the film and meet the filmmakers. He's not only frustrated with the films themselves but with the whole industry built around his father's creation that distorts the message of his father. In Christopher Tolkien's own words

Tolkien has become a monster, devoured by his own popularity and absorbed into the absurdity of our time. The chasm between the beauty and seriousness of the work, and what it has become, has overwhelmed me. The commercialisation has reduced the aesthetic and philosophical impact of the creation to nothing. There is only one solution for me: to turn my head away.

The question is, can films be created that respect the nature of these books? I believe it can be done, but not following the rollecoaster, noise and battle formula that Hollywood blockbusters offer and that Peter Jackson has fallen into. When speaking about the flawed screen adaptation of LeGuin's Earthsea by Studio Ghibli's Goro Miyazaki, she offers an inkling of what filmmakers should take into account.

The secret would be, perhaps, to aim for beauty not grotesqueness; to ground the characters in their daily life and work, which would make the magic seem all the more magical; and to find drama in the power of normal human emotions, rather than in violence, murder, and warfare justified by crude moralising about good and evil.


There are a few moments in Goro Miyazaki's "Gedo Senki" where he did all this, and one can glimpse the film that might have been...

Some may say argue that if these ideas were followed the films would be quite boring. I disagree. If you eat a cake for dessert every day it soon loses its shine. It's not something special anymore. It becomes normal, ordinary. By choosing to constantly bombard the viewer with action, those scenes become boring and meaningless. 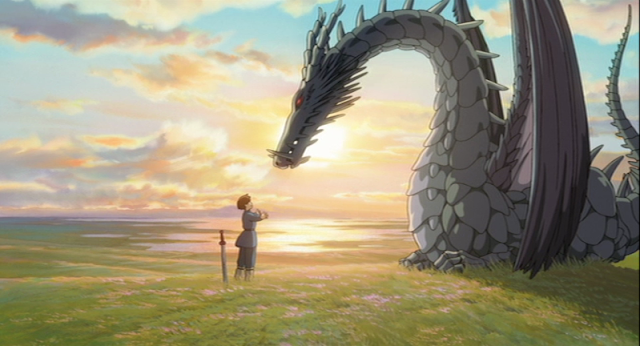 Don't get me wrong, film and fantasy can be mere escapism. There's nothing wrong with that, but I believe that they must contain something more than just that. The same way that Goro Miyazaki's film offered glimpses of what it could have been, Peter Jackson's films contain a lot of scenes where the heart of Tolkien's book is present and beating strong only to get drowned by noise and blood an instant later. As LeGuin said at the end of the presentation at the book expo:


There are many metaphors beside battle, many choices besides war, and most ways of doing good do not, in fact, involve killing anybody. Fantasy is good at thinking about those other ways.

I hope filmmakers tackling fantasy realise that this can be done in film too. Fantasy is not swords, magic and battles, it's a genre that allows to explore human concerns in a more profound way than realism. Subtlety, emotion and meaning can be created in film, they're not confined exclusively to literature.