Basque musicians singing in a language with less than two million speakers in the world face the difficulty of having a small number of people appreciating their words. They often write translations of the songs into Spanish, French and English in their CD booklets, but I'd like to share some songs, with my own (highly inadequate) translations (like all translations, there's always some magic lost).

Anari is one of my favourite singer/songwriters in the Basque Country. Her songs are hauntingly beautiful. Delicate and yet powerful. I'd like to share here, a song from her second album entitled Geuk Piztutako Suak (The Fire We Lit). 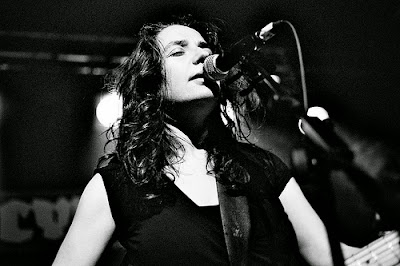 On the fire I lit myself I have burned again
On the roads I tread before
I have lost myself, I'm wandering without direction
When I reach the crossroads I take the wrong path
Following the moon
Sometimes escaping towards you
Other times from you

And on the fire we lit ourselves, we will burn again
And blinded by the dark smoke of the old fires
We'll escape, unable to find a path