Representation and diversity: creating little ripples to change everything

I’m white. I’m a man. And yet I I hardly ever see myself represented in mainstream movies, books, art and media. My language and my culture are hardly ever represented anywhere and when they are, it’s usually either a cliched, folk-type stereotype or a terrorist. Perhaps that’s why, despite being a European, white, male, I feel a connection and an affinity to people, languages and cultures that are othered, suppressed, stereotyped and mocked.

Despite our differences in history, I understand them because my culture was banned and suppressed for a long time. Seen as backward. Unenlightened.

When the makers of Cleverman said they wanted to create a hero, or super hero story for their kids because they never had one to look up to and were tired of the same stereotypes again and again, it sounded so familiar to me. 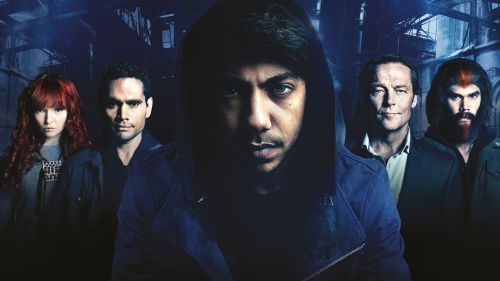 Or when they talk about all the indigenous languages that have died and all the others that are still at risk of dying. Language and people are one. You can’t separate them.

We fought hard to recover our language, we’ve come a long way, there’s still a long way to go, but at least in one generation it went from being banned, to being the core language at all public schools. That was a huge step forward.

The indigenous languages of Australia may not be my languages, but I’m painfully aware of the fact that they’re at risk and I would support anything to, not just protect them but make them grow in numbers of speakers. Ideally, all indigenous people could be bilingual, speaking their first language and then English.

Diego Luna has been outspoken about his decision to use a Mexican accent when playing Cassian Andor in Rogue One and why that was important. To see a hero, in a Hollywood blockbuster, speaking with an accent like that. As insignificant as it may seem, it’s important not just for Mexicans (the Facebook post he posted the other day on Twitter struck a chord with me too) but for anyone who speaks with an accent, who feels othered or different day in and day out. 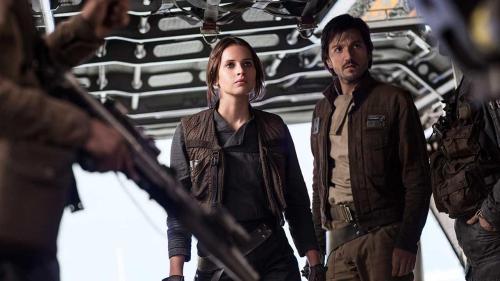 My own son, who is five years old and is bilingual, is already feeling different and facing questions that puzzle him.

I always speak to him in Basque, which I find it’s important so he can speak to his cousin (who is pretty much the same age), to his grandparents, to everyone on my side of the family and, of course, so he can make friends and play with them when we go to the Basque Country, which happens as frequently as we can afford.

Just recently, we were at a playground. I spoke to him in Basque. A girl, who must’ve been, about seven, stopped playing and listened to us. I think I was telling him not to go too far and stay in sight. The girl walked up to my son with confidence and authority and asked: “What was that?” My son was confused about the question. I wondered whether I should step in or let him figure it out. Eventually he replied: “It’s Basque.” “What’s that?” she asked again. “My dad is Basque, I speak Basque and English.” “That’s weird” the girl concluded and she run away, leaving my son a little bit confused about what just happened.

He’s already faced similar questions a few times, when people were totally puzzled by the fact that he spoke another language. Why? Your dad speaks English. Why do you not speak English?

I know, the kids don’t mean anything by it. I know, they’re not being xenophobic, or racist, or anything like that. But, there’s no doubt in my mind that those questions will affect my son.

For him, it’s perfectly normal that he speaks two languages. He understands that he’s got family who live on the other side of the world (quite literally) and that different countries around the world, different cultures, speak different languages.

I work at a library and I love seeing the eyes and smiles of kids opening wide when they see themselves in a book. A couple of months ago, a little girl came into the library with her mum. The girl had a Wonder Woman T-shirt on. They were looking around for something and the girl was getting frustrated because she couldn’t find anything she liked. 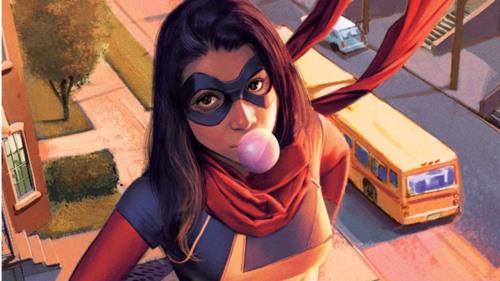 Back to the girl at the library. I knew that we had just received the first of the DC Super Hero Girls graphic novels. I found it on the shelf and I asked her mum if it was okay that I showed her that. She nodded. I kneeled down and showed the girl the graphic novel. Her surprise and joy at seeing not just Wonder Woman but also Batgirl and all her favourite characters in one book was just priceless. Then I showed her the young Supergirl graphic novels we have.

We have a mountain of Batman and Superman in our junior collection and very few with central female characters, but times they are a changing, and I think it’s essential that girls grow up seeing their gender not just represented but being being the main character, driving the plot.

Another day, I recommended a comic to a teenage girl who was browsing the graphic novels area. I asked her if she read Ms Marvel. She didn’t know the character. I gave her a quick run down of Kamala and her eyes opened wide. She was so excited and thankful for me telling her about it. Again, she couldn’t believe that there is a teenage, Muslim super hero in Marvel Comics. It was only later, I realised that she had a Middle Eastern surname.

I can only imagine what that meant for her but I think it’s fair to assume that she was so happy and surprised not just because she discovered a Marvel comic centered on a Muslim American teenager, something she would obviously relate to, but also because she is a super hero as opposed to being portrayed as a terrorist.

I know how important that is because when I was growing up there was a terrorist group in the Basque Country and I know quite a bit about the misrepresentation. That because a small bunch of people are committing acts of terror, everyone that is part of that community, in my case Basque in her case Muslim, are believed to be terrorists.

Here’s a short video of McGyver fighting Basque terrorists. That looked as alien to me as true blue martians. Unfortunately, I could only find the video in Spanish, but I think it’s worth sharing as an example of an aberration that I watched when I was a kid - I loved the series but, needless to say, I was incredibly confused when I saw this episode. My parents were sad and disappointed.

A couple of days ago I also read a Twitter thread that Tom Taylor (who currently writes the excellent All New Wolverine, starring the amazing Laura!) shared. A woman tweeted about her experience being abused on a plane by a man who objected to her watching one of the Supergirl episodes that addressed Alex’s sexuality. Mind you, she was just watching it on her screen, with headphones. But the homophobic man started abusing her for that and then adding racist insults.

“So, yesterday on my flight to Vancouver I was watching Supergirl, more specifically, the episode where Alex comes out to Kara.”

The awesome part of the story is what happened afterwards (follow the link above and read the thread, it’s worth it!) and it’s a perfect example of why representation and diversity are essential in mainstream media and stories. Which reminds me of Love is Love, a book where different comic book writers and artists honour the victims or Orlando’s Pulse nightclub, and has just been published. I encourage everyone to buy and support it. All proceeds go to the victims and their families through Equality Florida.

Finally, I recently had a brief conversation at the library with one of my ex-students. I used to teach at a local primary school. She asked about my son. We talked about him a bit and then I mentioned how much he loved Moana. I added that I really enjoyed the movie too. Her expression changed immediately. She’s of Samoan background and she was so proud of the movie. I saw her talking of her heritage with a pride and joy that I had never seen in her before.

And that’s why representation is so important. If kids are exposed to different cultures and languages from a young age there will be a far better understanding of the complex fabric of society. There will be less intolerance. The words of one of my favourite poets come to mind. The poem is long, but citing three lines from it, Artze essentially says:

It’s impossible for us all around the world to learn and speak every language, to know every person in their own language so we can fully speak to them at the same level, understanding and fully drinking from the well of their culture. That’s impossible, I know. And I know that here I’m focusing mainly on languages and cultures, but the same applies, for example, to gender and sexual diversity.

We can take huge steps forward in diversity and representation; reflecting the rich tapestry that makes our community and our world. Writers, producers, directors, artists and creators, can make a huge difference, but so can we at libraries. Listening to our patrons and suggesting books and movies that may have gone under their radar. It really is not that hard and the little ripples every book or movie will create in people’s lives, in people’s perceptions of themselves and their neighbours, will bring about huge change.